TMCJ International trains international partnering churches and ministries to present a culturally adapted version of The Play or The Story in the language of the people for use as an evangelistic outreach.

The Story, an adaptation of The Play, was written for TMCJ International by renowned playwright and TMCJ Board member Dr. Gillette Elvgren. The Story can be performed by 5 – 10 actors and 2 stagehands using masks and costumes to portray over 40 characters from The Play.

The Story is 45 minutes long and is both mobile and easily adaptable to the culture in which it is being performed.

THE PLAY in China

Thanks to the support of people like you, the video of The Play is now available in Mandarin all over China! Here is a report from one of our partners there:
"Last night after midnight, we sent out a Weibo about it (Chinese Twitter), and it's getting a lot of forwards just after about 12 hours. The 2 links where we just posted on a video website both have around 50 views right now. The link where we proliferated via Weibo has over 700 views right now."

Please take the time to view some of it (or all of it!) by clicking here.

Here is what one viewer wrote: "Terrific music sacred drama The man called Jesus, look from the performances, lighting effects, dance, music, clothing with very place live spirit cleverly displayed to the audience, I liked it, the site must be very shocking. Jesus said: 'I am the light of the world. (He that) follows me shall not walk in darkness, but shall have the light of life.' Merry Christmas!"
Thank you for helping to make this possible. If you would like to help TMCJ International with our outreach, both here at home and overseas, please

THE PLAY Video Dubbed Into Urdu for TV Broadcasts

In addition to our Arabic and Mandarin dubs (which are continually circulating the globe via IPTV, social networking, and broadband broadcasting each Easter and Christmas) the video is professionally dubbed into the Urdu language for use in Pakistan and beyond.  There are approximately 100 million speakers of Urdu, with 52 million in India and 10 million in Pakistan.  In addition, several hundred thousand in the United Kingdom, Saudi Arabia, United States, and Bangladesh use Urdu, which is the fourth most commonly spoken language in the world, after Mandarin, English, and Spanish.

Numerous productions of THE STORY and THE QUEST are taking place in remote villages throughout North India and in Kathmandu, Nepal thanks to TMCJ leader Karmu Lama.  A special emphasis is supporting Karmu’s team in their ministry efforts regarding the social issues of Human Trafficking and HIV/AIDS, specifically in the hills of Darjeeling and the Dooars Plains.  Human Trafficking has become the most challenging issue in West Bengal as traffickers use Siliguri (TMCJ’s home base in North India) as a transit zone; once they cross Siliguri most of them will go untraceable.
The most recent update from this team is available here.

Numerous teams have been annually performing THE MAN CALLED JESUS throughout Russia since our inaugural trainings in the 1990’s.  Now impacting SIBERIA is team leader Sasha Soloviev, who launched an EASTER PRODUCTION in the Russian federal subject of Buryatia in the capital city, Ulan Ude. This evangelistic outreach is a partnership between 10 churches and features 60-70 actors and dancers.  Sasha also oversees TMCJ's annual performances of THE PLAY and THE STORY in Irkutsk, Siberia.

TMCJ is committed to standing with, and supporting Israel through our prayers, awareness campaigns, teachings, Israel ministry tours, and humanitarian outreach. 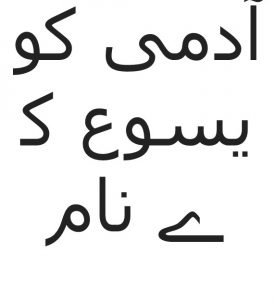 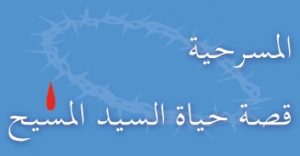 THE PLAY Video in Arabic

Translated and dubbed into Arabic, The Play video was released Easter weekend 2012 on one of the most popular Arabic Christian Channels in the world covering the Middle East, Europe, North Africa, North America, Australia, Iran and parts of Asia, to an estimated 50 million viewers.
TMCJ partners with Christian organizations for follow-up in Arabic. For more information or to obtain copies, contact us.

You can view The Play in Arabic by clicking here.